If you want to recover your faith in modern cinematography, The Greatest Showman is the right movie to watch tonight. The right musical, to be precise. My personal experience shows that this picture is good enough to fascinate folks who don’t like going to cinemas at all and to make a bunch of teenagers hold their breaths in the darkness of the hall and stare at the screen in silence.

That’s quite a lot when we’re talking about a musical, isn’t that? Nevertheless, that’s certainly not all about The Greatest Showman.

Released in December 2017, the movie was projected back in 2009, with Hugh Jackman chosen to play the title role. Two years later, in 2011, Michael Gracey was selected to direct the picture, and it became his successful directorial debut. It took studios seven years to approve the idea of the original musical – the delay with filming was explained by the risks which the rather outdated genre might have entailed.

Regardless of this fact, the rule “better late than never” has worked for The Greatest Showman perfectly. I think it has seen the world and the world has seen it at the right time, when something really life-affirming and motivating definitely wouldn’t hurt anybody.

The movie tells us a part of the life story of Phineas Taylor Barnum, the founder of the traveling Barnum & Bailey Circus in the United States, which closed in 2017, after 146 years, because of lowering popularity and increasing operating costs. P.T. Barnum was also an American businessman and politician, plus a notable philanthropist, though he himself claimed that he was a “showman by profession”.

If you’d like to learn more about P.T. Barnum, welcome to check this article.

But all these thoughts just don’t occur to you when you’re watching the movie. You can just find yourself enjoying what you see and hear. Yet, despite the plain plot and happy ending you can’t but feel that The Greatest Showman is something more than a beautiful musical to watch with your family or second half. The movie touches and teaches you.

Here are the three lessons from The Greatest Showman on which I’d like to focus. Hope they’ll help you comprehend the movie better and write an outstanding review. If not, you may address a reputable service that does an assignment for you.

Lesson #1: Never Give Up

In the movie P.T. Barnum starts his career with helping his father, a tailor who works for the rich Hallett family. Young Barnum and the Hallett’s girl, Charity, become friends and spend much time together until Charity is sent to finishing school. The two keep in touch through letters.

After Barnum’s father dies, he has to leave the Halletts and make his own living on the railways. He manages to earn enough money to ask Charity’s hand and marry her. Charity is happy to live a humble life with him and their two daughters, but he wants to gain and give her more.

However, a shipping company he continues working for as a clerk, goes bankrupt one day. And that’s the point when Barnum buys a museum showcasing rather boring wax models. The purchase doesn’t pay off until Barnum’s girls advise him to show something “alive”. The budding showman starts searching for “unusual” people.

He finds acrobats and albinos, a giant and a little man, as well as a playwright Phillip Carlyle, who partly provides Barnum with a “pass” to the interest of the upper society.

P.T. Barnum faces financial troubles, criticism, mistrust, mockery, disrespect, but nothing appears to be able to break him. And his new “unusual” friends. For them, the circus turns into a home where they can be who they really are without being afraid of all those things I’ve just listed above.

The main hero’s story tells us that if we want to achieve something, to make our lives worthwhile, we must never give up. We must act and stand for ourselves despite all difficulties we have to go through. And if you need some help on the way, it is not prohibited to free yourself from a homework overload by asking someone to do your homework for you. 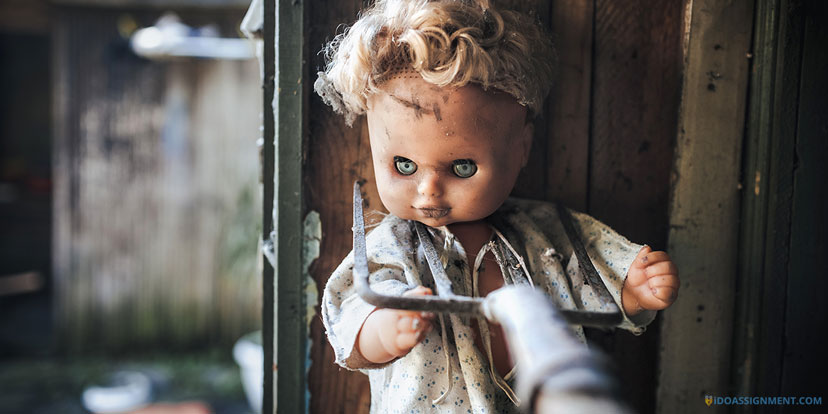 Lesson #2: Appreciate Your Family and Friends

Because however great and successful you are, one day or one night you’ll need someone to share your joys and sorrows. The movie artfully exposes a very typical, though mostly disregarded, feature of human nature: you never know who you have beside you until you lose them.

Barnum has to leave his family and “colleagues” when he and Jenny Lind, a beautiful and talented Swedish singer, go for a tour across the United States. As an already well-known showman and a personal manager of the celebrity adored in the upper class, Barnum distances himself from the people who actually helped him win the fame.

No, his wife and original troop don’t turn away from him after he returns to find the circus on fire as well as his and Jenny’s photograph in the newspaper. During the tour she reveals her feeling to him and kisses him at the end of her last performance. Of course, the press couldn’t but shed light on it.

Still, Barnum’s family and friends make him understand that he shouldn’t have “put on airs”. Phillip helps him restore the circus, and the troop comes back to perform. Meanwhile, Barnum finds his wife and daughters at Halletts’ house, apologizes, and takes them back home.

So, the Greatest Showman couldn’t become the greatest without the people whom he really loved and who really loved him.

A giant, a little man, albinos, and poor acrobats are all people who have hearts and souls. Besides, they have unique talents they can be proud of. But why can’t the crowd accept them?

These “exotic” people must hide and feel ashamed of their appearances, without even hoping for any opportunity to show who they really are – not freaks but empathic and gifted humans. And it is Barnum who lets them realize that they have the right to prove how great they are.

What’s more, Barnum makes the crowd accept them as strong and talented people who can make the history. This is a sensitive topic, but in the movie it’s introduced in a very smart and inspiring manner.

The Greatest Showman teaches us to respect people’s gifts and souls, not appearances, statuses, and fortunes. Yes, in the beginning it may seem that Barnum uses these gifts and souls to make money. But, firstly, he shares this money equally with his artists. Secondly, he manages to encourage them because he respects them and knows that they deserve decent lives.