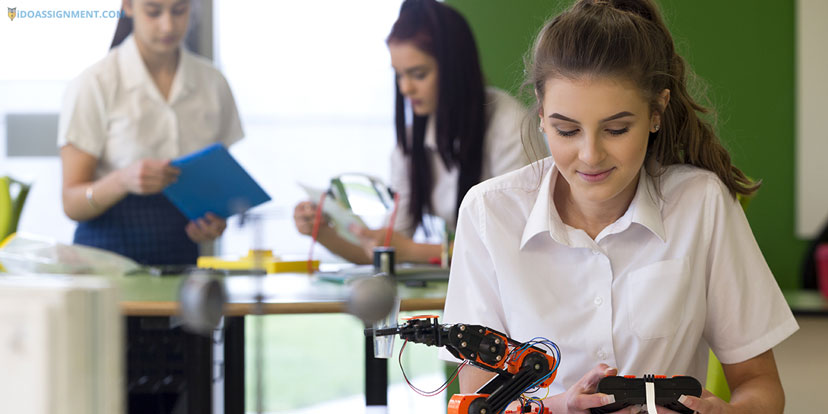 The amazingly rapid development of science and technology inside and outside the walls of the world’s leading universities dictates the terms not only to consumers of its products. Scientists, researchers, and educators, who actually stand behind all latest discoveries and inventions, also have to adapt to the conditions created by all those novelties.

What’s more, this adaptation implies not only a personal understanding of the scale of changes and a reorientation of one’s personal knowledge and skills towards positive contribution to these changes. In the modern context the adaptation means full though gradual reorganization of entire systems, including economics, politics, and education.

As long as education serves humanity as the main source of knowledge and provider of qualified experts in various fields, nowadays universities retain a noble mission of preparing next generations to live in this world and contribute to its development. At the same time, academia should realize and embrace its vital role in producing and driving innovations, as well as in catalyzing global economic development.

So, what universities can do today in order to support global innovation ecosystems and strengthen world’s economies? Experts say there are four crucial ways.

Taking into considerations the modern opportunities for self-learning, it can be noted that teaching youngsters new things is not the number one function of institutions in the 21st century. Yet it’s understandable that neither educators nor students can deny its importance.

Nevertheless, nowadays the top priority for universities is showing all possible directions of development to their students and encourage them to make their choices. How can education professionals manage that?

It’s necessary to incorporate manifold perspectives into the academic work and engage more students in it. One such measure can solve several challenges. Firstly, it will help universities involve more educated and enthusiastic young people into the inner, local academic activity, like research, development, design or construction. Secondly, a bigger number of interested university graduates will naturally fill the vacant job occupations, hence closing the threatening employment gaps. Thirdly and therefore, universities have sufficient resources to satisfy the economic demand of the world’s technology-driven economy.

The University of Maryland Baltimore County, the US, sets an example. In 1989 they launched the Meyerhoff Scholars Program aimed at involving more individuals with absolutely different social, economic, and racial backgrounds into graduate work in STEM fields (these are Science, Technology, Engineering, and Math). As a result, nowadays the University takes its rightful position in the list of top ten institutions whose black students continue studying to get doctoral degrees in one of these fields.

Way #2. Universities Can Initiate Collaboration with the Private Sector

It’s obvious that as huge providers of educated specialists, who even may have some research or working experience, universities can’t separate themselves from the structure of local and global economy, which functions in highly competitive environment. That’s why universities must be interested in developing mutually beneficial partnerships with other institutions, foundations, non-profits, and corporations.

Maintaining such connections also helps resolve more than one topical issue. Successful partnerships not only promise the smooth and almost instant transfer of theoretical knowledge from college class or laboratory to practice. They help students try themselves in real environment, enable them to share and enrich their ideas and experiences with professionals, and turn them into confident and reliable members of the changing society.

Both research institutions and companies recognize the importance and potential benefits of their collaboration with universities. While academy prepares required experts, industry appears willing to invest in this preparation to ensure its timeliness and quality. For instance, the US National Science Foundation has recently revealed that from 2006 to 2016 industry funding for research at universities was growing by 5.5-5.6% per year.

In 15 European countries cooperation of academy and industry is fostered by specially organized Knowledge and Innovation Communities, belonging to the European Institute of Innovation and Technology. It emerged from the successful initiative of the European Commission in 2008.

Way #3. Universities Can Study and Improve the Connections of Society and Technology

The digital revolution, which is taking place beside the many-sided development of technology, imposes a significant obligation on institutions of higher education. They must provide qualified specialists in different field of science, who will cooperate with technologists and applied researchers in order to harness the revolution itself and take control over the effects technology development already has and may have on society.

Philosophers, ethicists, and artists can point the rational way towards the goal implied in the revolution. Economists, managers, and policy experts can come up with the guides and lead humanity to that goal. Sociologists, cognitive scientists, and psychologists can ensure the achievement of the goal is beneficial to humans and machines that tend to cooperate more.

What’s more, this is the key feature of the so-called third mission of universities, which follows teaching and research. Embracing entrepreneurship along with inspiring and nurturing innovative thinking has become a part of the academic experience at institutions of higher education. The establishment of the Global Consortium of Entrepreneurship Centers in 1997 proves that those are not just beautiful words written in the code of the US leading colleges and universities.

The key purpose of GCEC is providing smooth and effective cooperation of and to university-based centers of entrepreneurship across the United States. By the way, in 2017, that is 20 years later, it was reported that more than 200 American colleges and universities launched such centers.

It’s impossible to overestimate the importance and benefit of such a step of the US academy. Modern high school graduates choose to get higher education because they want to try themselves in social entrepreneurship and other exciting ventures. They want to engage in startups, develop projects, and design new technologies as part of their career in academia.

According to the opinion of Farnam Jahanian from Carnegie Mellon University, nowadays institutions are becoming essential economic accelerators, hence meeting the demand in discoveries and inventions in and at the intersection of different fields of science.