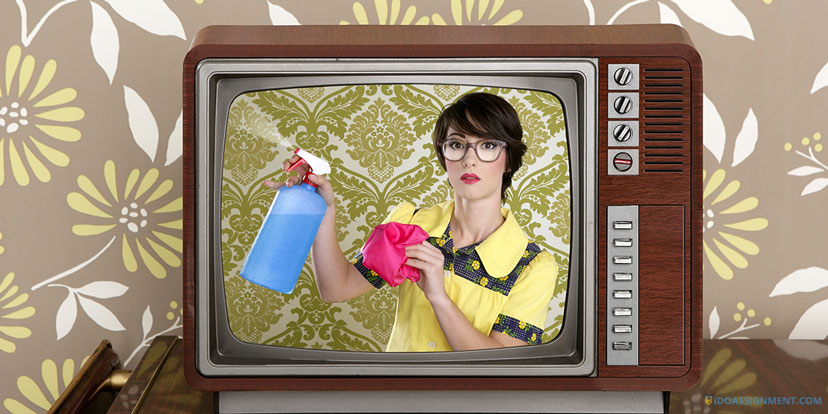 Whenever I watch a game or a new show on the tv, I always encounter the problem of ads, which in turn makes me ponder upon the phenomenon of ads in our society. The more I think about it, the more I realize that whenever I look I always see advertisements, on cars, magazines, tvs, t-shirts, they have invaded the internet and will not back away any time soon. Each year they grow smarter, more creative, and innovate the plentiful ways of saying just one thing – please buy our product. So what is the place and value of ads in our society?

Ultimately, commercials are a way of finding out about products. They need to be informative, creative and short, clearly illustrate a product and its uses, the beneficial effects of someone who buys it. There are also social advertisements that bring much needed information to vast masses of people. The advertisement industry has millions of dollars of gain, because spreading the information about a product is like building a bridge. There is no way that a lot of people will get access to your village, if you do not build those communications effectively. The industry now centers on different ways of building those bridges, and considers carefully which styles would benefit the communication. Indeed, there are a lot of aspects to consider about ads, and I will touch upon them in this essay.

What is my opinion about ads? Sometimes I like to enjoy a free game on my iPad, or watch some videos online for free. However, for any free content I get I have to suffer through unwanted advertisements of products that I do not actually want or need. This used to make me incredibly annoyed until I realized that some people are using their platforms, skills and knowledge to create things that they are passionate about completely out of charge, and the only thing that supports them is a few seconds of ads. These means are the only thing that help sponsor the content I actually need, without me having to do anything or pay for anything. In such way, the content is available for any internet user around the world, and can reach farther and get to the people who want or need to absorb it. In this way, advertisements are incredibly good, as they help provide for the creators, who in turn donate their efforts for free and can reach the majority of people, even those who are too poor to actually buy this content.

At the same time, we cannot say that advertisements are completely beneficial. As any mass media, advertisements shape the minds of our society. It is something that millions of people are forced to see every day – in subways, on television, on the internet and even just walking down the street. The way these advertisements are produced can influence the way our society thinks as a whole. For example, advertisements are at a fault for giving people unrealistic expectations. Women in advertisements are usually depicted as housewives who want to lose weight or want to buy some product that will help them do house chores, while men are usually successful businessmen in suits and ties. There is nothing wrong with these roles, but if these are the only roles we see, as a society, we will feel like there is something incorrect about a man who sits at home with the kids, or a successful woman during a CEO meeting. The advertisement industry should not offend people, but use the means of short, illustrative material to create a society where everyone can have the same opportunities, root for creative ways to be up to date with the needs of our society and progressive behavior.

There are also cheap and lazy ways of advertising, that bring down the level of intelligence of the viewers as a whole. I am talking about annoying catchy songs that have no meaning, bright tasteless images or using women’s bodies or sex to sell things. These ways are degrading and should not be allowed in advertising. Thankfully, the advertisement industry is working on being innovative and there are less and less insulting content present in the media, or, at least, people are able to identify it and the advertisement serves more as a warning than an invitation. It’s altogether harmful to your education as well. These distracting ads just mess with your brain when you have to finish an essay.

A crucial thing about advertisements that should be mentioned is the overall value of them in our world. There are some advertisements that we remember since childhood, they are funny or maybe moving, or have something relatable in them. They have left an impact on our lives in some way and will evoke similar emotions in a variety of different people who all share only the fact that they have seen this advertisement. Considering them from this point of view, advertisements are form of art. And indeed, I believe that some of them are truly worthy of this definition, as they are the epitome of creativity and abilities of people to wrap some simple information in such astounding ways that will may even change the thought process of some people.

In conclusion, I would like to state that the phenomenon of advertisements can take many shapes and forms, but it is ultimately about getting the knowledge about the product to as many people as possible. It is an effective tool to spread your content for free around the globe, shape the minds of the people, to create art and invite people to buy something, by providing info about the product.